Videogames solve the "problem" of satisfying basic (emotional/intellectual) human needs, such as conflict resolution, progression and creativity - by allowing the player to experience all of them visually, by accessible chunks, and in the comfort of their own home. It is only logical that game industry has become the most profitable segment of the global entertainment industry. It is already larger than the entire world film & music industry combined and is still growing every year.

Some of the greatest problems for indie (independent) game developers remains lack of discoverability, dedicated marketing budget, experience and human resources. The most risk-free distribution option (best chance for  profitability) for games with no preexisting channels is therefore using mature and powerful publishers with fully functioning and optimized marketing systems. Over 90% of today's computer game sales will be made through Steam, the largest game store in the world, usually via an established publisher company. Established publishers usually work with their own marketing budgets, which they can scale proportionately to success. Publishers usually take 30-50% of game revenue but give the game a marketing power that indie developers themselves could never dream of. Marketing budgets measured in hundreds ouf thousands of euros are not unheard of for even for relatively nieche games.

We are already well networked with various publishers (including Paradox Interactive, which published Teleglitch) and several new ones have approached us with interest in working with Rogue Ambassador. There are at least over ten publishers with suitable profiles whom we plan to engage to consider marketing & distribution cooperation.

Interactive Fate team has a fair bit of PR & marketing experience - our producer has worked as a freelance games marketing & monetization consultant for over three years. Additionally, Interactive Fate is in active relatioship and shares experience with a network of Estonian indie game companies (including Tulevik.eu; Reval Entertainment, Playtest Games & Marketing, Shuu games and several others) who will help spread the word about Rogue Ambassador to their own fanbase. This is just the tip of the iceberg regarding our business network, if we count in partners and contacts from GameFounders.

In addition to solving discoverability by utilizing publisher marketing powers, Rogue Ambassador is optimized for streaming & gamecasting. Gamecasting means players recording their gameplay with audio commentary to YouTube or Twitch.tv. (just like traditional football commentators). Gamecasting is a very large and growing trend that isn't yet well known outside the game industry.

Gamecasts are considered one of the best modern virality-boosting marketing means, and we already have a network of friendly casters who would probably be happy to cast our game (for free) when in launches commercially. It is likely that some of the 700'000 players of Teleglitch will also become fans of Rogue Ambassador, as the games belong to the same (roguelike-survival) genre.

We expect to repeat and exceed the 10K individual game videos uploaded to YouTube by fans of Teleglitch (our producers previous game project). The most popular games inspire fans to create hundreds of thousands of videos of their favorite games.  We plan to use a specific technology that allows the players to record their gameplay & commentary with touch of an ingame-button, instead of relying on different external programs for recording and other technical hassles involved for gamecasters.

The development team behind Rogue Ambassador has worked together on several projects and established an efficient workflow. We consider an experienced team commited to building the game our greatest asset.

Our producer's previous game (Teleglitch, 2013) reached 700'000+ sales/downloads (at launch price 12.99$, though the average price was lower due to discount campaigns) and remains Estonia's most successful & highly rated desktop PC game of all time. In addition, about 10'000 youtube videos of Teleglitch gameplay with commentary have been created by fans of the game.

For more specific information, see the linkedin profiles of our team or send us an email. 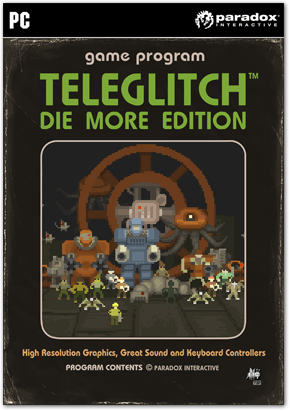 The historically nieche  genre of roguelikes has been gathering momentum on the PC platform for some time now, possibly due to mid/hardcore players being fed up with too easy  games. Several games (including Flappy Bird on mobiles and Teleglitch) demonstrated the commercial value of increased challenge & difficulty. The Roguelike genre features survival & exploration mechanics, above-average difficulty and procedurally generated levels leading to super-high replayability value. We intend to hone the mechanics of this genre further and bring it to the masses.

While we expect to be compared to FTL and a few other great games out there, we remain unique  because of significant game design innovations and the dark, bold visual style employed by our artist. Feel free to ask more info on game design by emailing us.

Leaderboards have been the core of metagaming and player lifetime/loyalty increasing methods for decades. They have also remained pretty much the same for a long time, being essentially lists of numbers and names. Given an opportunity, we intend to innovate the leaderboards, boosting the effect on player loyalty and community building even further.

Streaming and gamecasting (recording a gameplay experience with audio commentary and uploading it to Youtube) continues to become more and more popular, having already become one of the most important game promotion channels in PC game marketing. We have designed Rogue Ambassador to use this trend to our advantage, containing game design features which favor casting and, more importantly, aim to include a third-party technology (Everyplay) into the game, which would make it possible to record the gameplay with touch of a single ingame button (instead of the complex recording software most of casters are forced to use at the moment).

Ongoing trend in the game industry is game developers turning to developing casual and/or mobile games, leaving traditional desktop game publishers with less midcore and hardcore games to publish for their old-school audiences. This further increases our leverage power to secure the best distribution agreements. 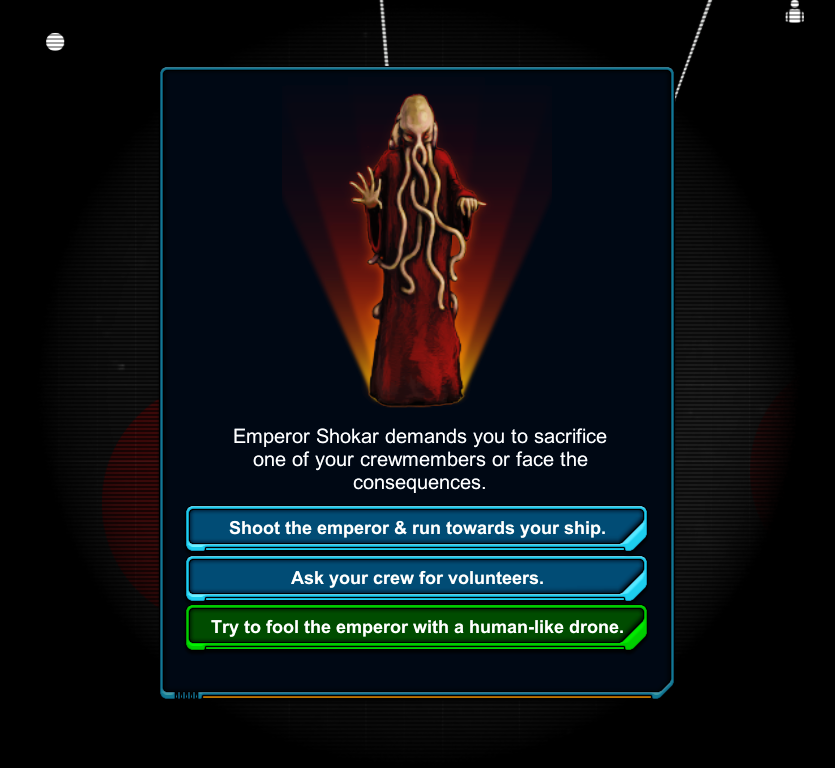 ​We seek funding via Fundwise to complete the game's alpha version into a fully functioning beta, get better publishing agreements and raise further investments. Increased funding for us simply means decreased risk and maximized profit potential.

Investments from the campaign will cover our studio costs, software, hardware and very modest salaries for development team. We don't need to pay ourselves high salaries because all developers are shareholders of the project - we just need to cover our basic operational costs (including food :) until the game is ready for commercial release.

While the amount of investments during this campaign and after might vary (along with costs), the full investment of 22K would provide us at least an 10-month runway, enough to complete the game and possibly, start generating revenue as early as autumn 2015 with presales.

Independent of success on Fundwise, further investment rounds have been prepared. It is common for larger publishers to invest into development making sure that developers achieve the best results. Any indie developer with a released commercially successful game and credibility can realistically expect 25-150k investments for a 6-12 month development period, along with a comparatively fair distribution rights agreement.

For a detailed timeline, see RA development timeline in the documents section.

We are in position to engage in negotiations with publishers already now, but prefer to do it further ahead in development for better distribution agreements. This results in timeline that allows us to polish the game depending on scale of investments and present it to publishers at a more attractive stage, ideally a few months before commercial release. Soft launch is planned to late 2015 and full launch to early 2016. 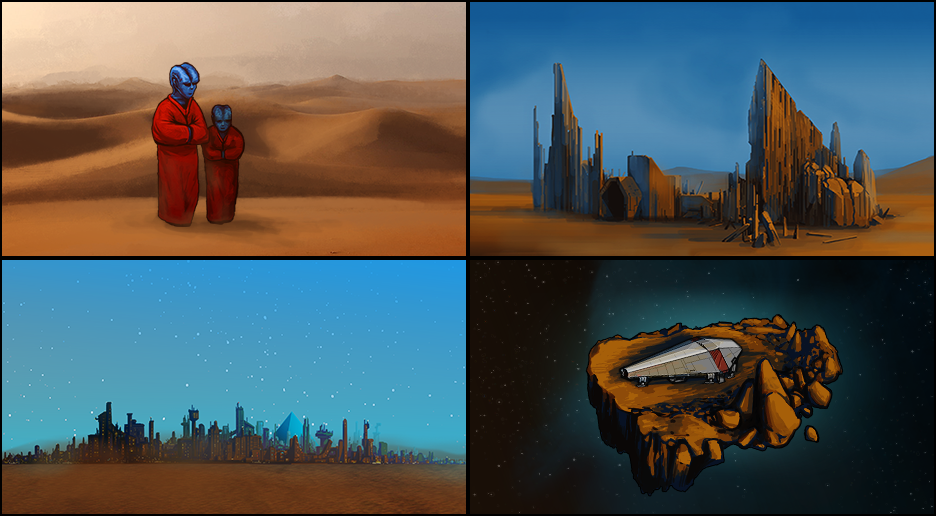 Interactive Fate is commited to working on developing Rogue Ambassador until commercial launch and beyond. After launch, we will focus on product maintenance, community building and subproducts (DLCs, platform ports, expansions) for a reasonable duration in correlation with the degree of commercial success and operational costs. We expect up to two years of significant revenue until sales subside into the long tail sales period commonly seen for PC games.

All shareholders will receive quarterly reports on development, sales data and monthly news. All investors will be also displayed in the game credits and receive invitations to company events.

Profits will be shared as dividends between shareholders pro rata their share percentage:

​Fundwise investors (1-5%), Gamefounders (9%), developers and future shareholders (86-90%, depending on how many shares were sold at Fundwise), .

See financial forecast in the documents section for estimated costs, exact profits and other details.

Note: Interactive Fate existing shareholders have agreed to change the company statute to give pre-emptive right to all shareholders, the new statute is currently being registered.

Creating a game is like making a movie - commercial success can be never predicted, but increased investments lower risks.

One of the greatest risks for indie developers remains lack of marketing budget, experience and human resources/network dedicated to marketing. Because of this, the most risk-free distribution option (best chance for  profitability) for commercial videogames with no preexisting channels remains using mature and powerful publishers with fully functioning and optimized marketing systems. Over 90% of today's computer game sales will be made through Steam, the largest game store in the world, usually via an established publisher company.

We are already well networked with various publishers (including Paradox Interactive, which published Teleglitch) and several new ones have approached us with interest in working with Rogue Ambassador. There are at least over ten publishers with suitable profiles whom we plan to engage to consider marketing & distribution cooperation. We also have a fair bit of PR & marketing experience ourselves, to boost our publisher efforts.

On competition. As mentioned earlier, PC games market is highly segmented between various operating systems, physical platforms, game types, genres, themes etc. Rogue Ambassador competes in the genre of roguelikes, which is still "a fresh, unconquered land" (compared to traditional genres like shooters or RTS) and fans of the genre will likely embrace any new additions. In addition, a "reverse-competition" is possible for unsaturated game genres, meaning games might actually increase the long-term sales of their competitors by bringing more people into the genre.

We ask you to keep in mind that the game design process is agile and ever-changing. While we have majority of the core game features set, the game and its design might change (and probably will) from what is shared with you during this campaign.