A Return to Our Roots: A Brief History of Crowdfunding 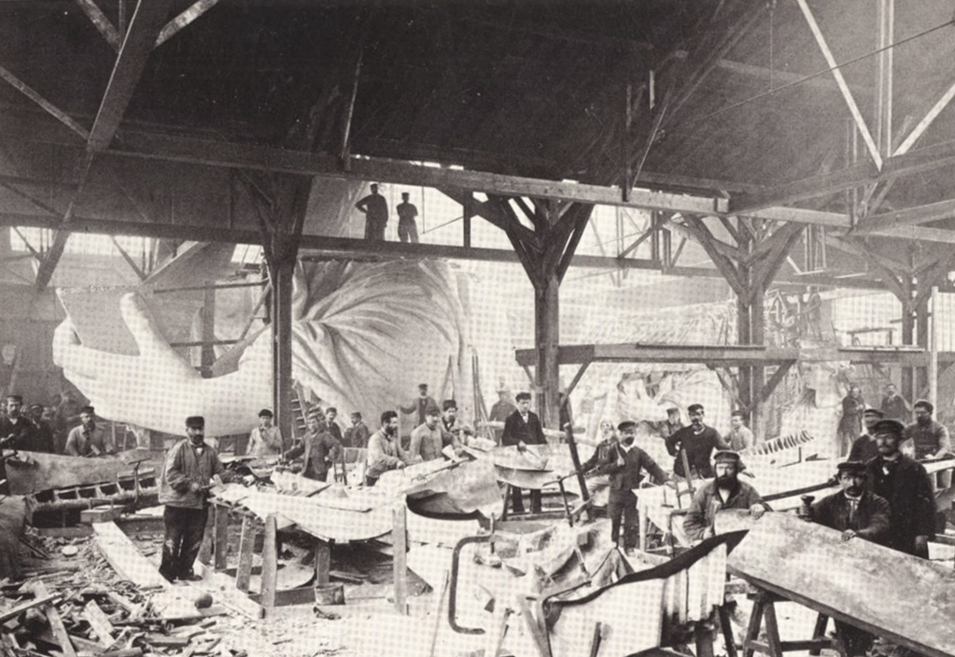 Crowdfunding is here to stay.

The word ‘crowdfunding’ may only be a few years old, but it is a practice that is already steeped in history. Although the mainstream banks have held sway over financial services for the last 200 years, scroll back and you can track the history of crowdfunding to as far back as biblical times.

Long before there was internet-enabled peer lending, neighbours lent to neighbours. Before the dawn of crowdfunding as we now know it, villages and communities would come together to finance the things they needed.

The idea of acquiring funding from an ‘alternative’ source is perhaps appealing to business founders because what we now recognise as the ‘sharing economy’ is not so new at all. ‘Alternative’ options for finance are a return to our roots, improved with new technologies to get more people involved.

Crowdfunding is not simply a trend. Seismic shifts in society, coupled with tech to enable us to connect with like minded people across the globe, means that alternative finance in all its forms will continue to grow.  So just what is it about the present that means crowdfunding has finally come of age?

The changes in the flow of capital over the past decade are unparalleled in history. There was a time when capital was held only by royalty, titled landowners and religious institutions. With the industrial revolution, capital flowed to factory-owners. As centralised capital became gradually more distributed, it remained in the hands of the few. The large financial institutions we know today took over managing this flow of cash.

Today, and as a result of the Basel III banking reforms, the power of ‘traditional’ banks to grant funds has diminished. As the spell has been broken, we see signs of a shift toward a networked movement of capital.

Individuals can lend and borrow without powerful intermediaries calling all the shots.

This means that, in theory, anyone can make the leap from employee to business owner. Among the different types of crowdfunding, equity-based funding is perhaps the most distinct in this respect as a vehicle for ‘average Joes’ to become business owners. Stakeholders can become shareholders and investors. They become more involved in their chosen business, improving engagement, transparency and therefore governance.

Of course, simply because people can become more involved in business ownership, does not mean that they want to do so. But a cultural shift has also taken place which supports the growth of crowdfunding. We are increasingly aware of the impact of our choices, our purchasing power and the social and environmental effect of our actions. We want to be heard. We want to be more involved.

The apocryphal bumper sticker that pretty much sums up all that was wrong with the 1980s – “He who dies with the most toys wins” – doesn’t hold much sway for the current, Millennial generation. Freedom, independence and a search for meaning drive Millennials more than a paycheck. For many, being an investor in causes and companies we care about is one element of this.

The move towards crowdfunding as a mainstream idea is also fuelled by a lack of trust in the existing large banks. Right now, both savers and borrowers suffer for sticking with the traditional.

With collapse and scandal haunting financial institutions across the globe, it is hardly surprising that people are looking for better places to put their hard-earned cash.

Internet and our Hyperconnected Society

The final element powering the growth of crowdfunding is technology.

Since time immemorial, funding a business or creative venture has been based on a degree of risk. The limiting factor in days gone by might be that people generally did not take risks on those they do not know. This would have prevented investment flowing outside the local community. Since the internet makes for a global community, this literally opens the whole world to investors and founders looking to connect.

Today, investors can get started on building a portfolio with a relatively conservative commitment of funds and have the world at their fingertips in a way the industrial magnates of the 1800s could only have dreamt of.

Between economic, social and technological shifts, crowdfunding is here to stay. With an impressive 3-year growth rate of 115% across continental Europe, it is projected to expand yet further. If you’re thinking about equity crowdfunding for your business, learn more about Fundwise here.