Overstep is a third-person shooter game developed by Gamecan, a video game developer studio located in Pärnu, Estonia. Currently, the game is available in Early Access on Steam. So far, Overstep has been awarded with multiple prizes, including GameDev Days conference Best Game and People's Choice award in 2019. Fundwise campaign was conducted in 2016 and with the help of 57 investors, Overstep was able to raise 60 840€.

We had a chance to speak with Gamecan's CEO Marten Palu about GameCan's doings and accomplishments after their campaign on Fundwise, as well as future plans of the game studio.

That's a good question.. I think someone recommended Fundwise to me. However, it was a while ago, in 2016 probably, so unfortunately I don't remember the details.

How did your cooperation with Fundwise go?

The cooperation was great. Their goal, just like ours, was to create a high-quality campaign including all the information that an investor is looking for. Since this was my first crowdfunding campaign ever, there were many aspects that I wasn't aware of and that I didn't consider. Fundwise's team gave me the know-how for this.

What have you been up to since the campaign on Fundwise?

Since the campaign, Overstep has progressed quite significantly. The goal of Fundwise's campaign was to get funding for the salary of our developers and to finalize the game, which however did not go as we had planned. Later on, we were able to gather a bit larger amount of funding and now we have made Overstep into a pretty cool game. The game was released in Early Access last November and currently we have about 90 000 downloads. As of now, we are aiming to release the full game next autumn.

In addition to that, Gamecan is no longer only Overstep. Namely, we have started doing outsourcing work for major video game developers, which includes solving their most challenging problems, developing tools, adjusting games for consoles and developing multiplayer capabilities. The income that we receive is used for growing our team and developing Overstep.

Have you been able to accomplish those goals that were set in connection with the campaign on Fundwise's platform? If it is still an ongoing process, which stage are you currently at?

As I mentioned previously, our direct goal of the campaign did not work out. Looking back, I don't think we had the proper understanding of how to create a successful game. Although we had a good mentor, who taught me how to pitch, and great artistits, who were able to create 3D models, we still lacked experience.

Since the beginning of the Fundwise campaign we have enormously grown as a team and gotten a comprehensive understanding of the game industry. For us, this is the biggest accomplishment in regards to the campaign.

How has the "corona crisis" impacted your business? Have you had to change anything in your approach?

Actually, overall the game industry has been greatly impacted by the "corona crisis" situation, but mostly in two ways. Firstly, people are staying at home, meaning more games are played and the industry's turnovers are larger. Secondly, however, the economy is suffering and at some point, people will not have the money to buy more expensive games or make in-game purchases.

Many game developers have had to find a solution for how employees could work from home because usually the whole information and data are only accessible through the company's secured network. In our case this was not a problem: we have already been working over the Internet for 4 to 5 years.

Due to the "corona crisis", the initial plan of expanding our team has slowed down. We had to reject many outsourcing work offers, since the hiring process is currently a lot more challenging. Our team would have likely been 20-30% larger if everything went as planned.

Have you used any other sources of funding in addition to Fundwise?

We have involved private investments in between the range of 500 000€ and 1 000 000€. Since the Fundwise campaign, we have not used any other crowdfunding platforms. We realised that involving private investors suited us better. This is not in comparison with crowdfunding, but we are just already in that kind of phase with our business.

In your opinion, how has the valuation of your company changed since the campaign on Fundwise?

What are your plans for the future?

I now have to think for a moment, what exactly I can talk about... because with larger clients, we have agreed on imposing considerable fines for the breach of confidentiality. We are working on several projects, which are soon to be released. The biggest change and ongoing plan is precisely related to the outsourcing work. Namely, we have come to an agreement with Unreal Engine China, who are promoting us as the Europe's go-to game development subcontracting company. A month ago we hired a local agent in China, who translates and presents our services. Therefore, we are involving an investment round to engage in effective expansion of our business.

Do you plan to run any other crowdfunding campaigns in the future?

I don't think so. It is a matter of different phases, in which occassion you have to understand where exactly you stand with your business. I don't believe that instead of our Fundwise campaign we would have been able to approach private investors, introduce them with our plan and quickly agree on a deal of this size.

What is the secret of running a successful crowdfunding campaign?

A great video! Looking back and thinking rationally about Overstep's numbers and other information, I would rather be on the doubtful side. We had a good team and I believe we were able to come up with an exciting video. I, myself, have also invested on the Fundwise's platform and although I do look into a campaign in more detail, the content of the video and authenticity of the presenters are the elements that influence me the most. If effort has been put into making the video, it is very likely that other company's activities are taken as seriously. 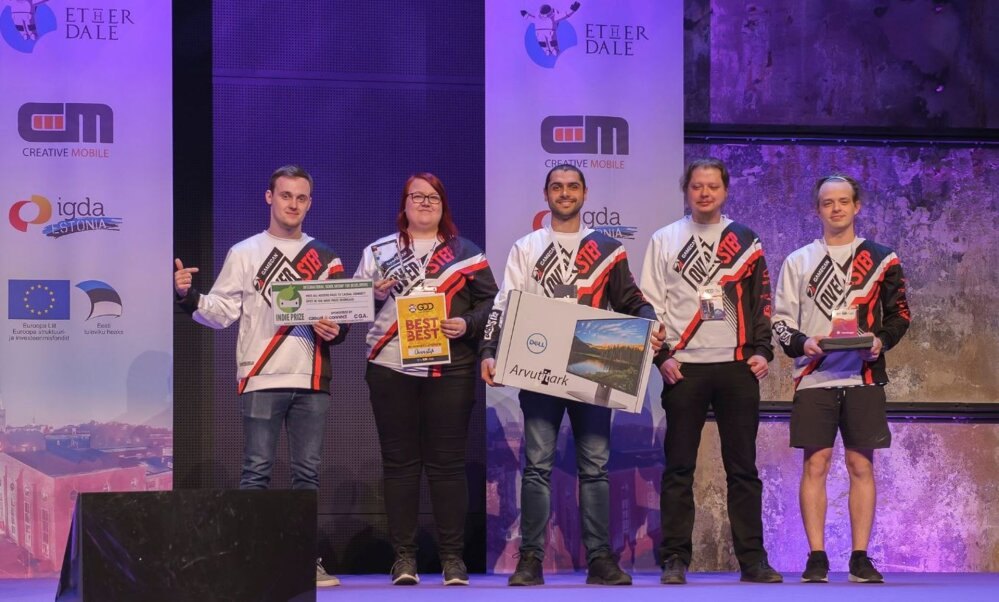 Thinking about starting a campaign? Contact us on info@fundwise.me and write about your company and crowdfunding plan. In the meantime, check out our active campaigns.