Pühaste Pruulikoda OÜ (registered trademark Pühaste) is an independent enterprise started in 2014 based on Estonian capital. Its main activity is beer production.

In 2016 we opened a plant in Tartu, and now the beer brewed there under Pühaste trademark is sold in 23 countries. Our biggest markets beside Estonia are Netherlands, Belgium, UK, France, Spain, Finland and Russia.
Our maximum brewing capacity is 350,000 L/annually. In August 2019, Estonian biggest business newspaper Äripäev ranked Pühaste the best drink producer in the country (see Äripäev 21.08.19).

With the help of crowdfunding we want to increase our export market by purchasing an automatic canning line, to make our production more efficient and maximize our volume by obtaining a beer separator, and conquer a new market segment by getting the necessary equipment for making alcohol-free beers. 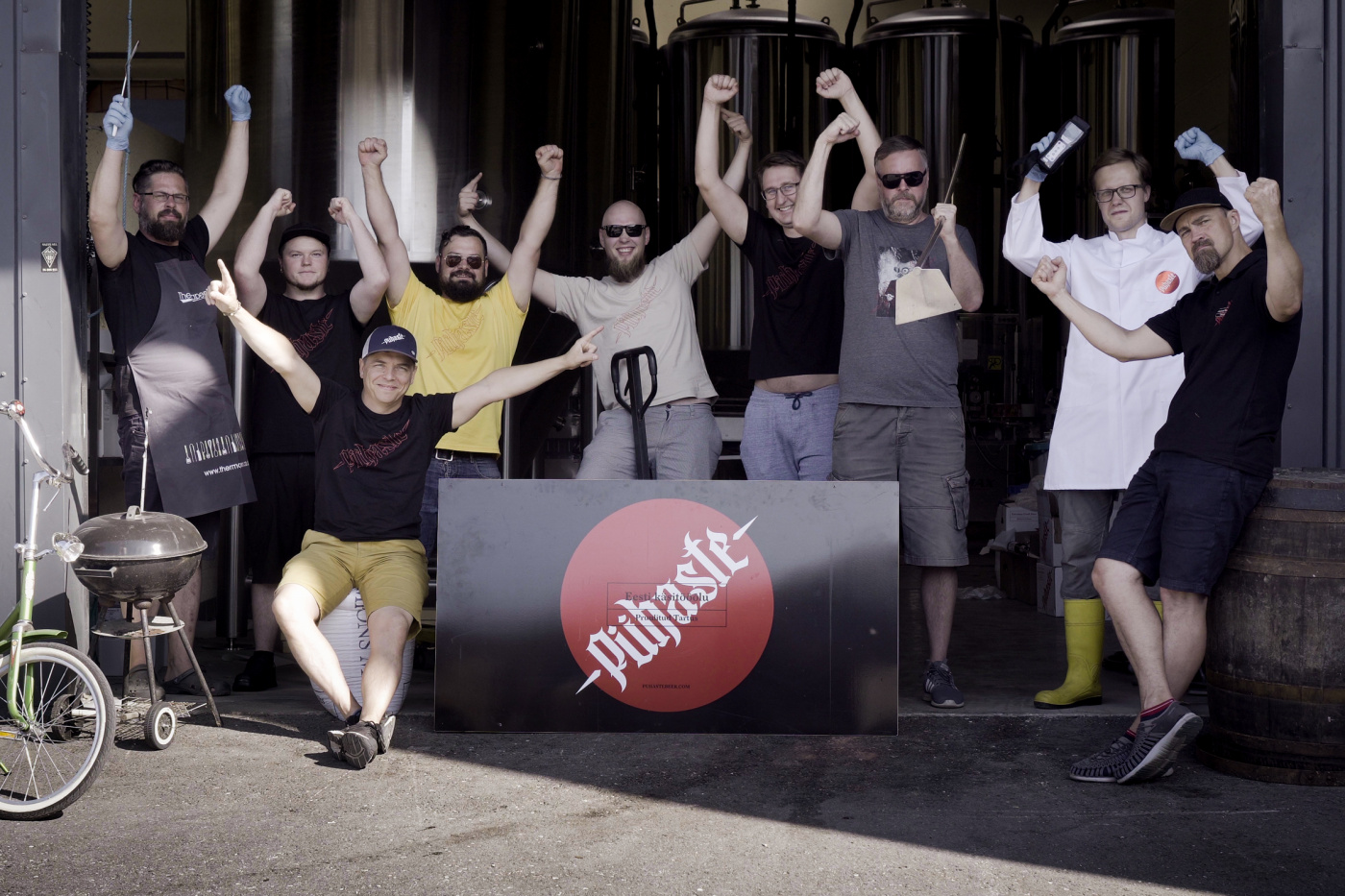 The world of craft beers marches steadily on towards canning. Canned beer has smaller ecological footprint because the greater part of aluminum gets recycled, and the can guarantees a better oxygen barrier and protection from UV. The two latter factors are important in order to guarantee the quality and longer shelf life of beer. In order to increase our export market segment, we want to purchase an automatic canning line. Our resellers demand increasingly more canned products and therefore a canning line is a sure selling argument on growing number of markets, as well as an effective tool in entering new markets. In addition, canned beers decrease transport costs. Compared to bottled beer, the same pallet will hold more cans and weigh less. Aluminum recycling is mayor keyword.

One of the main pillars of beer business is the effectiveness of production. In order to make our production more effective, we want to buy a beer separator, which will enable us to shorten the process from brewing to packaging and increase the production volume while maintaining the same brewing capacity.

Consumption of low alcohol and alcohol-free beers is on the rise globally. Based on the white paper published in Global Market Insight (GMI ID: GMI2776, Vitika Verma, Amit Rawat, July 2018: https://www.gminsights.com/industry-analysis/non-alcoholic-wine-and-beer...) the alcohol-free beers segment will grow 7% yearly in the period of 2019-2025. 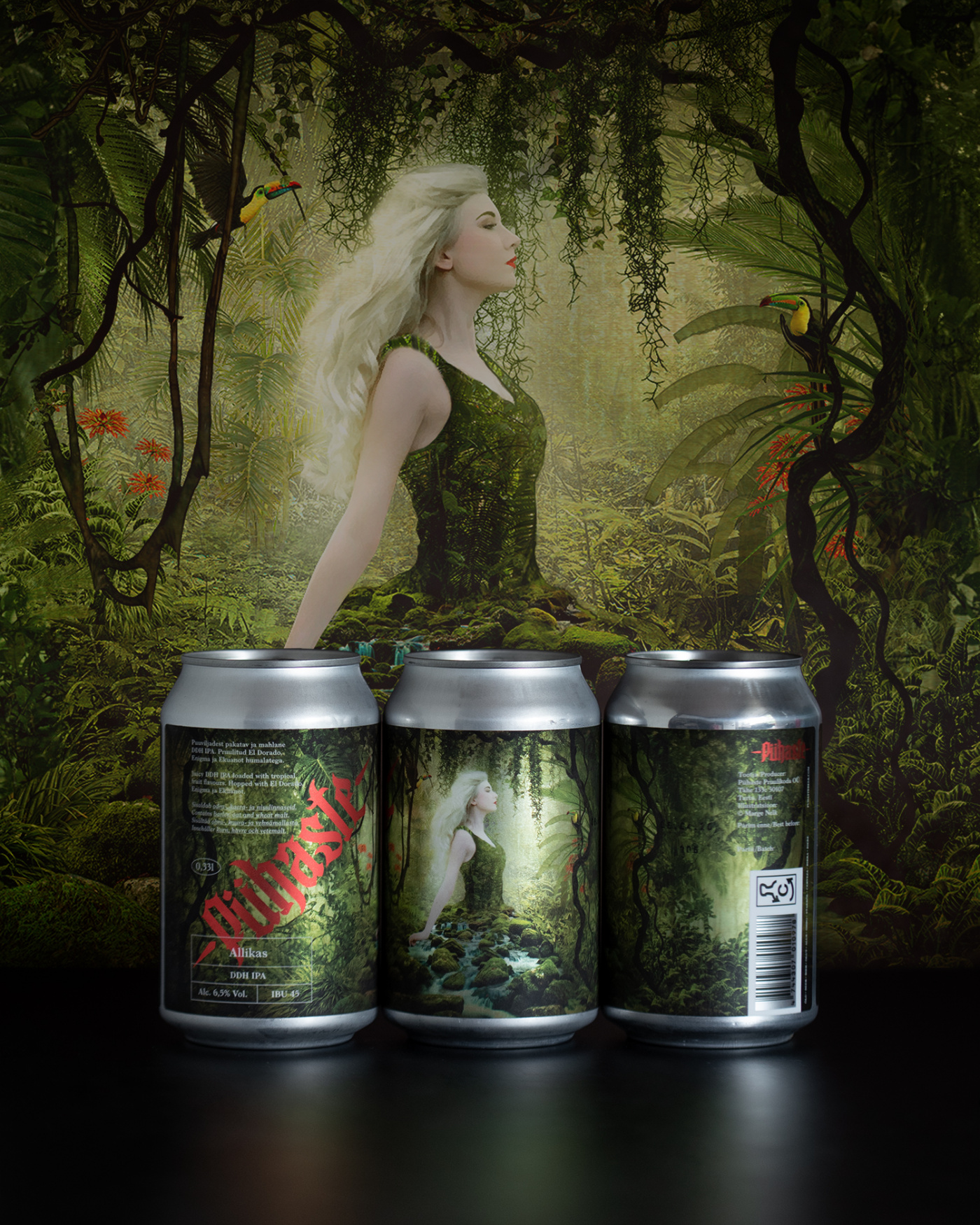 Brewing of Pühaste started in 2011, when our current head brewer Eero Mander started to tinker with beers in his summer cottage in Pühaste, Valgamaa County, Estonia.

In 2014 we started official production, first as contract brewers using other breweries’ equipment. In 2016 we opened our own brewery in Tartu, Estonia. Since the opening of the plant, our production volume has gone up 3.5 times. The former yearly production of 100,000 L has grown into 350,000 L a year.

Since 2014, we have marketed more than 100 different products under the trade mark of Pühaste.

We sell our products in 23 countries. On average, we export 60% of our beers.

Highly valued barrel-aged Silver Series beers have an important place in out portfolio, rich in taste to extreme levels due to long aging in oak barrels used for strong spirits such as rum, bourbon, whiskey, cognac, or port.

The battle for the alcohol-free beer market is ongoing and after purchasing the necessary equipment, because of our current reselling network and due to the outstanding margins of this specific market, we will have a good starting point in new markets, including the Arabian Peninsula. 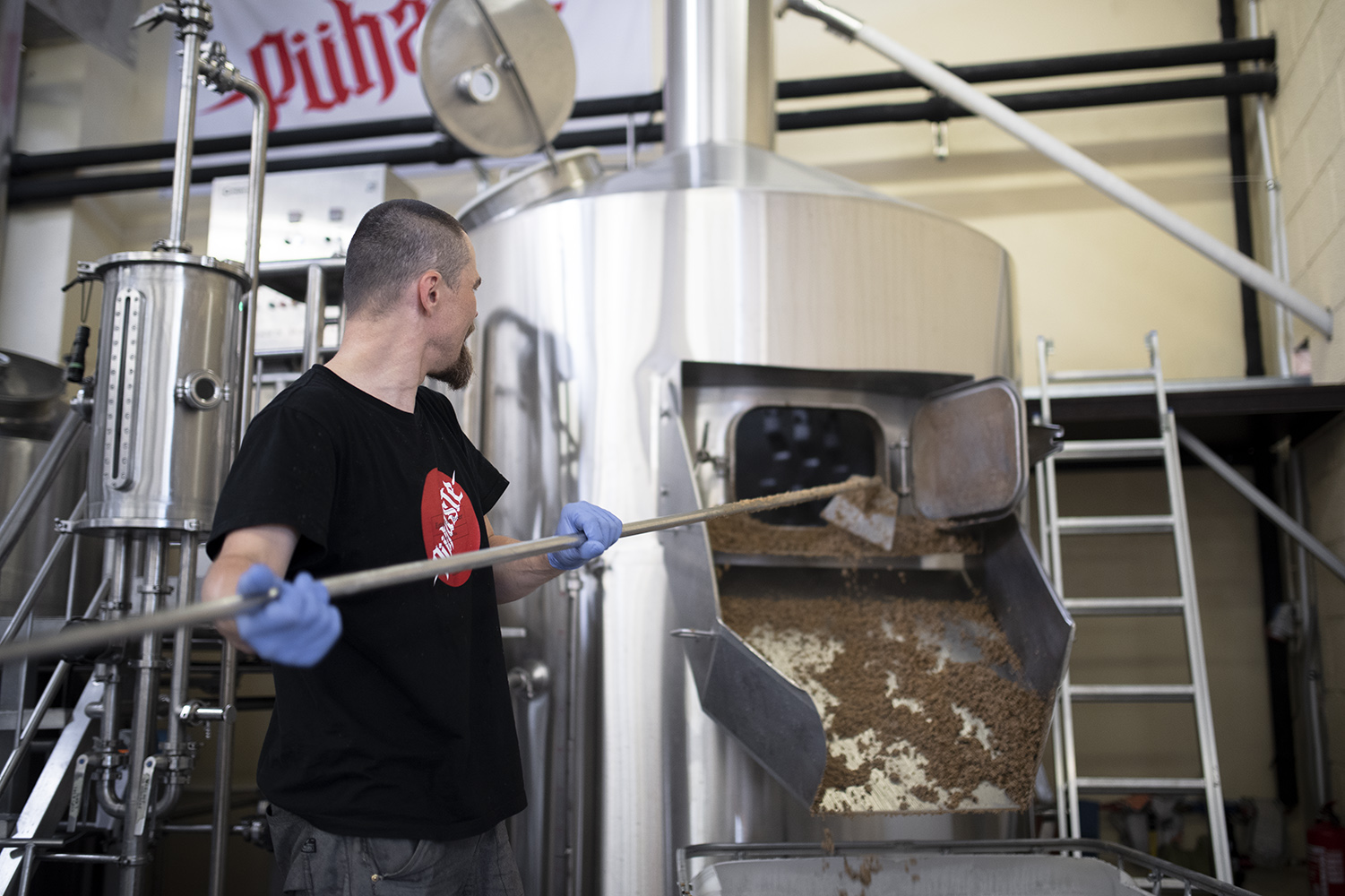 We consider the development of export networks to be of great importance and keep expanding it for greater profits. By 2021 we plan to export 80% of our gross output. We will focus on new markets, such as Japan, Korea, China and the US.

We forecast a growth of 30% in foreign markets due to a canning line. 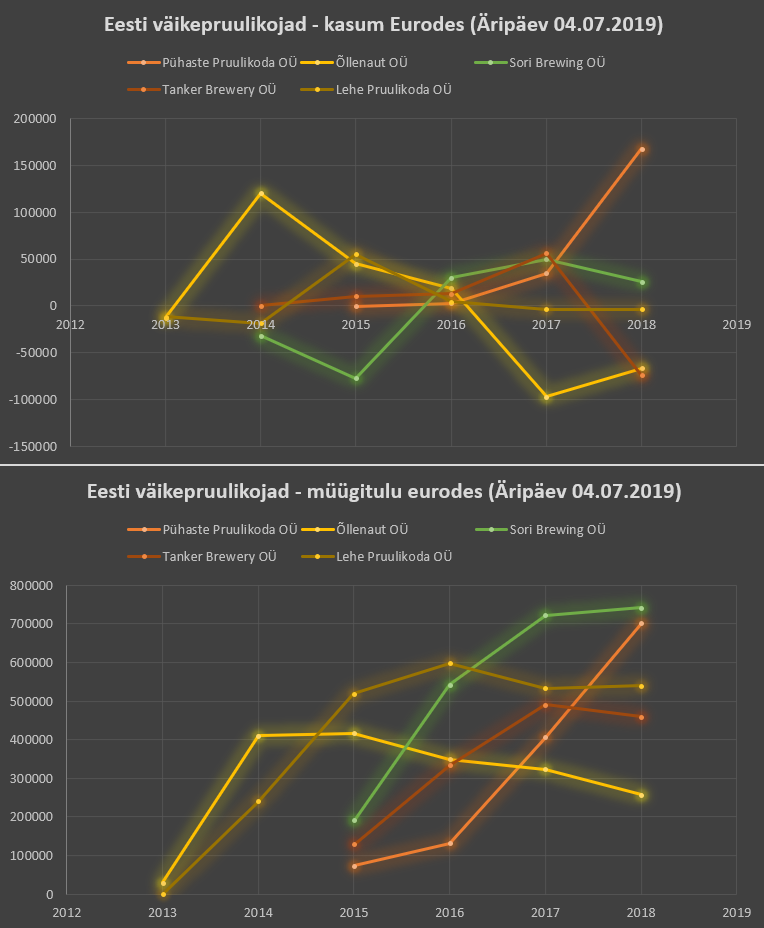 The funds that the investors entrust us with will be used to purchase a canning line, beer separator and equipment for producing alcohol-free drinks. We will start the procurement of equipment as soon as the funding goals are met. Investing happens in €200 increments, which guarantees a proportional share in the nominal value of Pühaste Pruulikoda OÜ.

Card holders will be guaranteed an opportunity to buy at least one bottle of each new Pühaste Silver Series barrel-aged products or other limited rare beers at factory prices. You will be notified via email list.

Pühaste Pühakud will get an invitation to annual shareholders’ meeting and the party that follows. 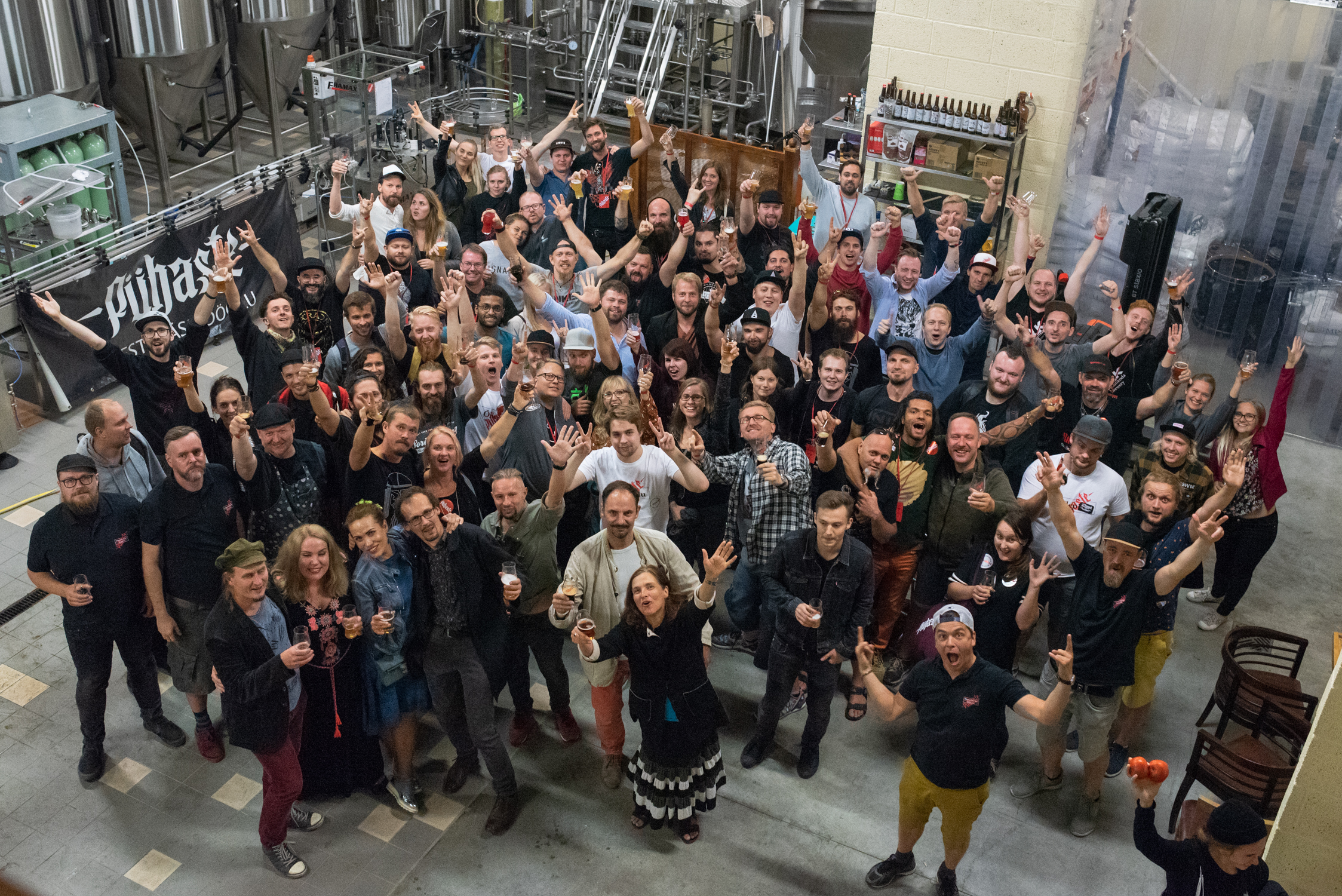 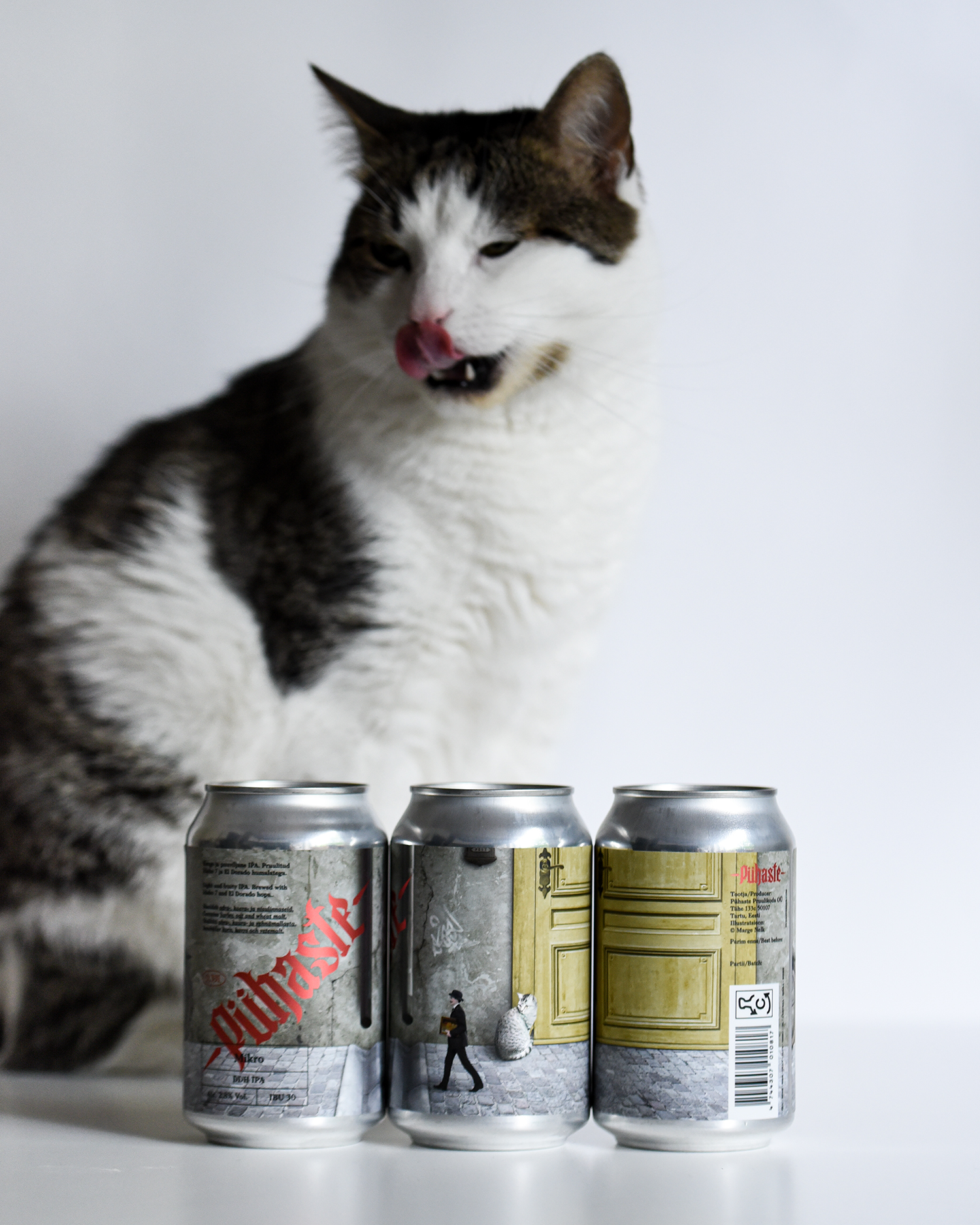